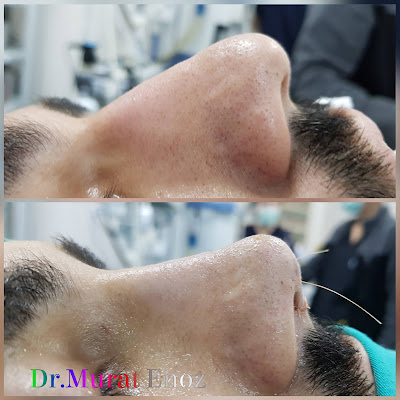 
More nasal deformity, septum deviation and asymmetrical noses can be seen in male noses due to traumatic injuries. In these patients, more complicated surgical procedures may be required than usual. Sometimes without a very asymmetrical look outside of the nose; severe septum deviations and associated respiratory problems can be detected in the nose.


Nowadays, men are as careful as their appearance

Nowadays, men are as careful as their appearance and try many methods to be better and more handsome. For men, looking young, dynamic, handsome and pleasant is of great importance not only for men but also for men in business. People who are regarded as good-looking or good-looking are more accepted and successful in their work and social life. A handsome male salesman convinces people more easily and makes sales easier. While the proportion of men in plastic surgery patients was 5-10 percent in the past, it now reaches up to 40-45 percent. In other words, 3-5 out of every 10 patients who have plastic surgery are men. 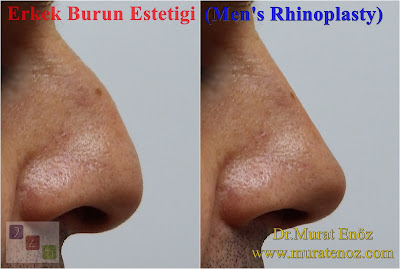 Nose surgery is one of the most commonly requested aesthetic surgeries by men as well as women!


Rhinoplasty is the most common plastic surgery today. Nose surgery is one of the most commonly requested aesthetic surgeries by men as well as women. When men undergo surgery for nasal obstruction (nasal septum deviation), they want their noses to be aesthetically corrected. In fact, many men are embarrassed to have surgery and come with their noses clogged, saying that they want to be aesthetic.

Men who apply for male nose surgery usually want to get a natural look so that they are not obvious from the outside. The nose can be reduced or enlarged; the width of the nostrils can be narrowed; the angle between the nose and the upper trunk can be changed or the shape of the nose or the belt can be changed with male nose aesthetic operation. In addition, men who choose the best male rhinoplasty to correct problems that they want to be in breathing.

Concept of beauty varies from society to society


Turkish nose has a very special structure and shape. It is generally arched and large, with a tip facing downwards. These types of noses are not considered beautiful in Western societies according to today's aesthetic understanding and are not liked. However, on the contrary, in large societies such as Japan, which has a small nose, arched noses are considered beautiful. So the concept of beauty varies from society to society.
The "ideal" male nose has very specific differences compared to the aesthetic ideal of a woman's nose.

How should the "ideal male nose" be?

It is essential that surgeons understand these differences and be able to skillfully adapt surgical techniques to meet the diverse needs of male and female patients.
Ultimately, the best rhinoplasty results are to create a nose that fits with the rest of the patient's face and fits their goals.

Noses with a straight or slightly convex arch (dorsal profile) are often seen as more masculine. It's thought that a narrower, slightly concave bridge would look more feminine. One of the concerns shared by both men and women is the emergence of the ridge on the nose arch, which is particularly noticeable in profile looks. Minimizing a hump while maintaining the feminine or masculine appearance of the nasal arch is an important technique for surgeons.
The dorsum of the nose (or nasal arch) connects the tip of the nose to the face, so we often call it the "bridge". Any abnormality in this area of ​​the nose plays an important role in facial aesthetics, especially when viewed from the side. If there is a hump in the upper area, it will likely consist of bone while in the lower region it will more likely consist of cartilage.


The purpose of nasal surgery in men is to give the nose a natural appearance to fit other parts of the face. In this surgery, the size of the nose is reduced or enlarged, the tip is reshaped, the bump is removed and the angle between the upper lip and the nose is corrected. This angle should be zero in men and 5-10 degrees in women. In some cases, cartilage should be added to correct the form. In addition, this surgery has many problems such as dysfunction from birth or difficulty in breathing. One or all of these changes are performed in one operation.

Before and after photos for rhinoplasty in men istanbul 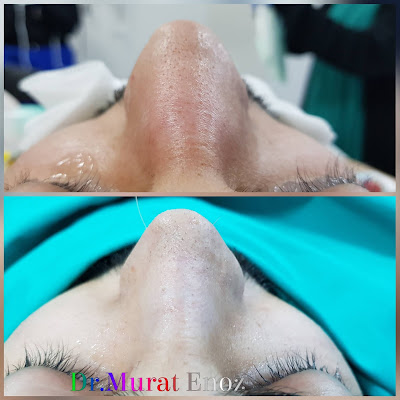 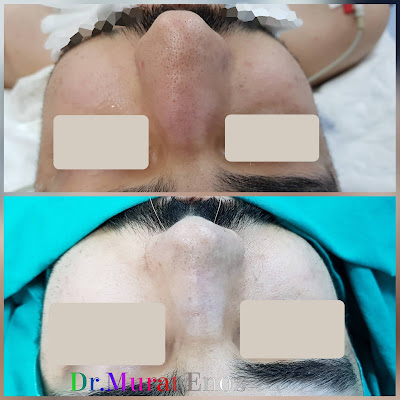 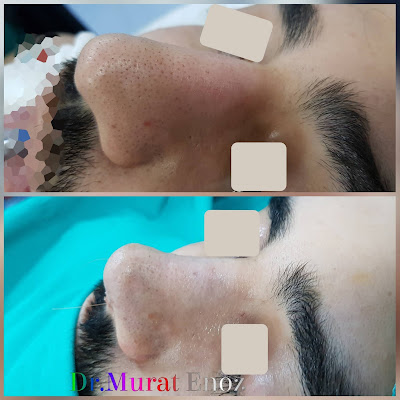 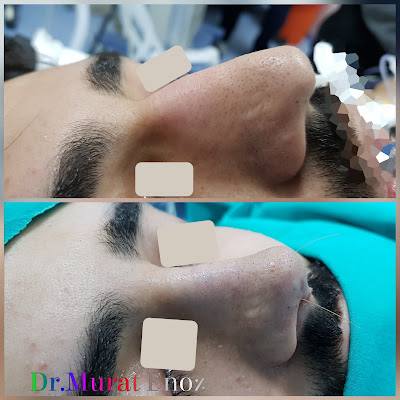 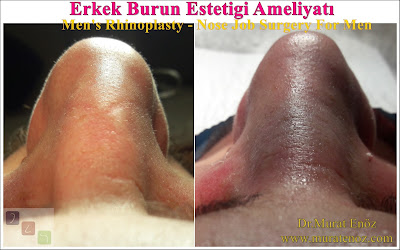 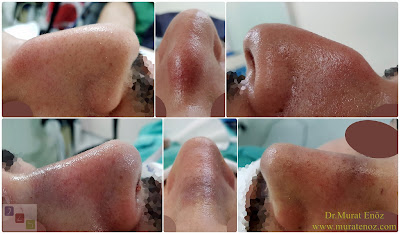 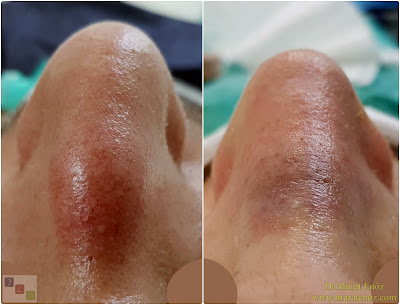 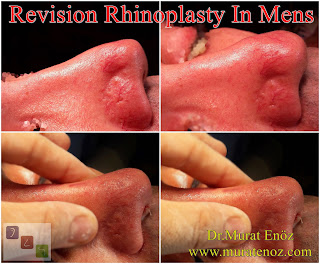 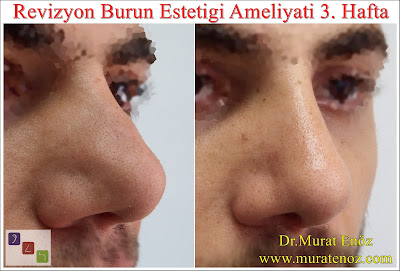 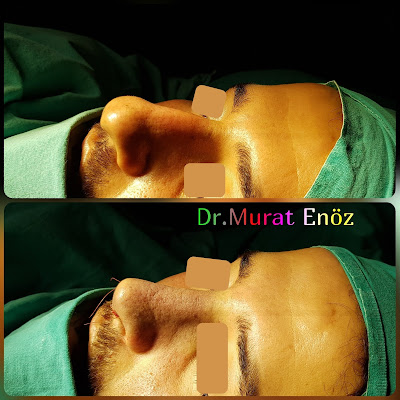 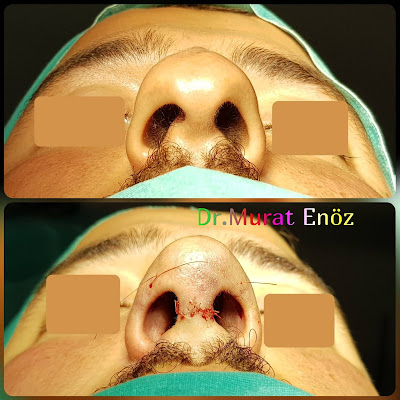 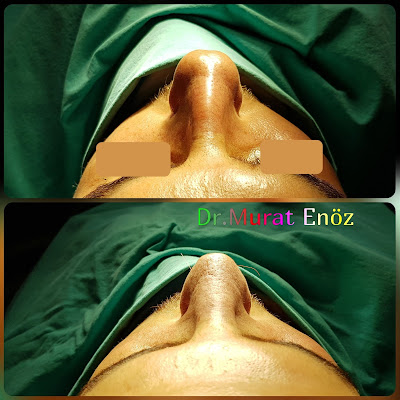 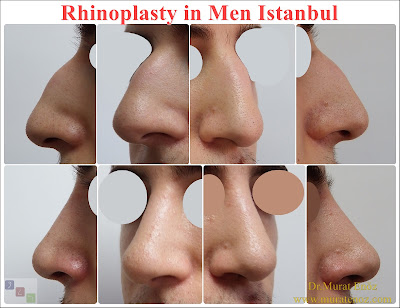 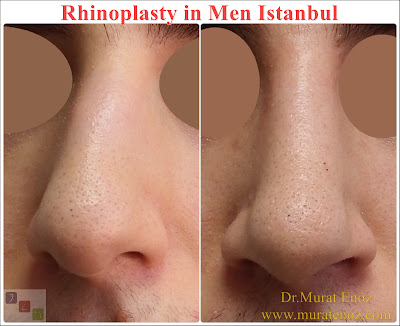 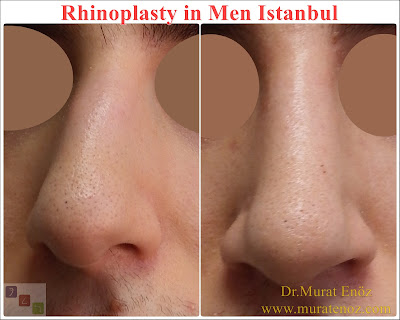 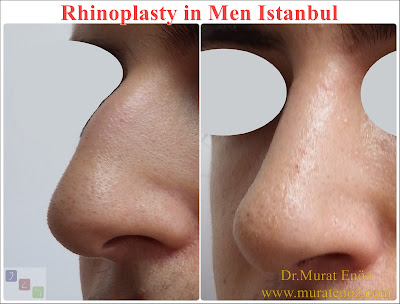 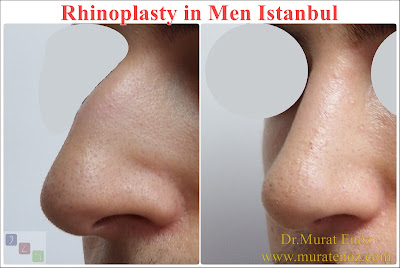 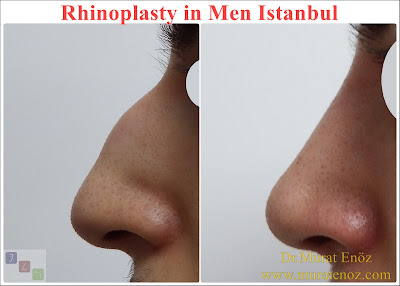 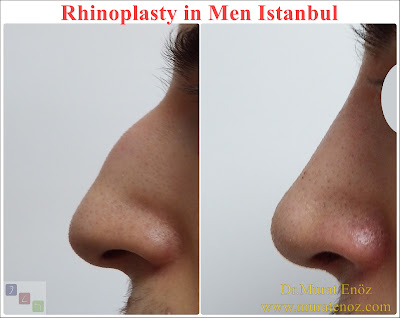 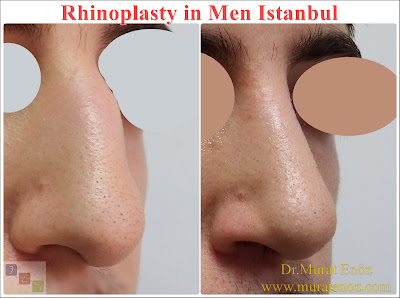 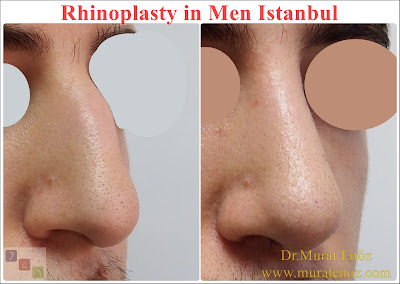 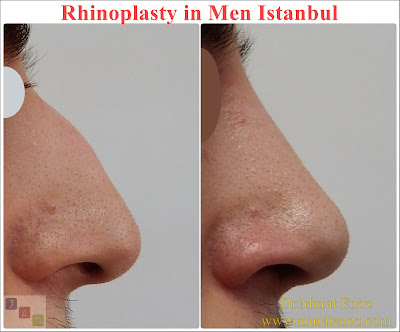 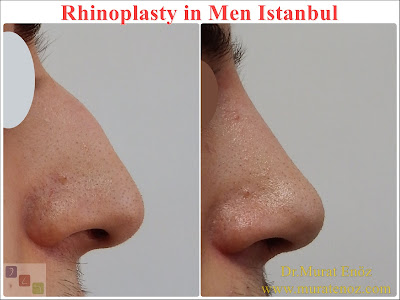 ﻿﻿﻿
You can find details about rhinoplasty operation, before and after photos at >> Nose Job in Istanbul, Turkey 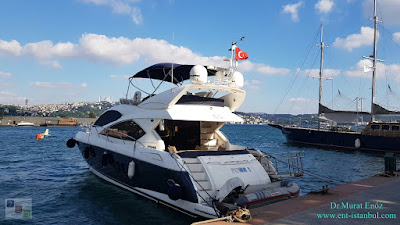