Cost of Nose Job in İstanbul


Total cost of Septorhinoplasty operation in İstanbul is about 3500 ​dollars (if you want to jci accredited more luxury hospital total price is 4250 dollars). You can read about this situation to this link "Please Remember The Importance of The Hospital And The Materials Which Used For Nose Surgery! - http://www.healthzoneturkey.xyz/2017/11/the-importance-of-hospital-and-materials-for-nose-surgery.html"

One day staying in hospital, all tests, all instruments, all doctor fees are included in this price.

Cost of revision rhinoplasty in istanbul


Generally revision rhinoplasties is thinking as openning a surprise box. All details can be understand while surgery is performed.

Total cost of Revision Septorhinoplasty operation is about 4000 ​dollars (if you want to jci accredited more luxury hospital total price is 4750 dollars).

One day staying in hospital, all tests, all instruments, all doctor fees are included in this price.
One week staying is enough after the surgery.

If we need to additional cartilages for repairing of some structures in the nose cadaveic rib cartigales is about 1000 - 1100 dollars or I can use your ear cartilages or yur rib cartilages (grafting surgery price is about 1000 dollars). Totally operation price can be rise for these situations.

Is it possible to have a bath after rhinoplasty operation?


Nasal aesthetic surgery (or rhinoplasty surgery) can be done with open or closed technique. In the open technique, there is an additional skin junction at the tip of the nose; In addition, there are incisions in the nose in the closed technique rhinoplasty operation. The nose should not come into contact with the bath water during the first week after surgery. I advise patients with nasal ailments to wash their hair in a hairdresser by tilting their heads back and washing their body. The use of boiling and steamy water during bathing can increase nosebleed and nose edema. In the second week after taking the nose-upper bandage and splint, the bath water's contact may not be harmful to the nose. Most patients begin to take a normal full-body shower after the third week after surgery.

How should nutrition be after rhinoplasty operation?


Although it is not a special diet list that should be considered after nasal aesthetics, it is appropriate to feed according to the following characteristics.

- Feeding with stuffed foods to avoid constipation (may be nose bleeds due to bowing)
- To avoid hot steam or heat on the surface, avoid boiling foods (hot tea, milk, soup ...)
- Spraying of the garlic which can affect bleeding time
- Avoid spicy products
- Taking vitamin C and protein content high in foods will be beneficial for wound healing. The use of vitamin C tablets and other vitamin pills before surgery is controversial.

How long after the nose aesthetic can you start work?


After the first week after the nasal aesthetic surgery, it is usually possible to do the work done at the head office; it is ideal that you do not study for the first 2 weeks for employees who have activities such as walking, lifting, driving, which may cause an increase in blood pressure and heart rate.

How long should the silicone splints in the nose stay?

Silicone splints placed in the nose after nasal surgery are usually taken 7-10 days after surgery. During removal of silicone splints, there is much less pain than removal of conventional buffers; usually there is no bleeding. In patients with severe nasal septum deviations, septoplasty is performed at the same time, and silicone nasal splints should be kept in the nose for a longer period.

Since nose surgery (rhinoplasty - radiofrequency turbinate reducing) is also performed during nasal aesthetic surgeries, improvement in nasal meats is mostly completed within 7-10 days. During this period, intranasal silicone splints placed between the turbinates and the nose septum interfere with the adhesion.

Will there be a lot of pain when silicone splints are removed from the nose?


Silicone splints placed in the nose are usually fixed to the tip of the nose septum with only one suture inserted, and silicone splints have the property of not sticking to the contacted tissues. Only when the splints are exposed, very little pain due to seam removal can be felt. Since there is no hair breakage or tissue damage, the feeling of discomfort usually felt during silicone splint removal is very small compared to conventional buffers.

When will the nose bandage be removed?


The nose bandage usually consists of external thermoplastic splints and aesthetic bands. They are usually taken on the 7th day. You can find details at >> Bandage After Rhinoplasty and Nasal Silicone Splints

What should be done if the nose bandage comes out spontaneously?


Particularly in people with oily skin, the nasal strips can easily be separated easily, causing the splint to appear one week before. If the nose bandage comes out spontaneously and leaves the splint, there is nothing to be afraid of. Only the nose should be careful not to be traumatized, and the physician who performed the operation should be informed. Usually there is no need for re-nasal bandage

What work should be done after rhinoplasty surgery?


After rhinoplasty surgery, all work and sporting activities that cause blood pressure and heart rate to rise are objectionable.

From the end of the first day following the surgery, walking in the evening can be effective in accelerating the healing of the wound and the swelling of the percentages in the face.
Resting only in bed after the first week of nasal surgery may adversely affect healing by increasing tissue edema, so it may be useful to have a 30-45 day walk with the patient in the evening. Working in hot environments and exercising should be avoided in the first weeks.

How long can I see bruising and edema after rhinoplasty operation?


The first few days after the surgery of the nose bruising and swelling can increase. Usually after 3 to 4 days the bruises begin to decrease. There is a slight change of color under the eyes, and after the second week it totally goes away.
﻿
﻿
﻿﻿

Nasal aesthetic surgery is done with modern techniques respecting tissue, it does not cause excessive edema, bleeding or pain in the face. The bruise can be seen much less after simple rhinoplasty operations performed without breaking the nasal bone and involving a small amount of nasal bridge rupture.

Can make-up be done after nose aesthetic surgery?


The first week after the nose aesthetic, heavy makeup should be avoided. Make-up can be done without intense after the second week. You can find different suggestions from different clinics and doctors. It would be best if you pay attention to what the doctor who operated you is saying.


After nasal aesthetics, it is important to perform symmetrical massage on the top and side of the nose with baby oil, olive oil or almond oil. Massages should always be done in consultation with the physician who performs rhinoplasty surgery

What are the drugs that accelerate healing after nasal aesthetics? 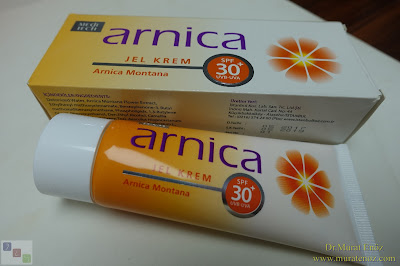 It is useful to wash the nose with the ocean waters and use moisturizing drops after the nose surgery. My favorite is the Rinopanteina drop or Nazalnem drop, the Siccnazal nasal ointment is a useful product for increasing the nasal mucous membrane nose, reducing the shells and getting rid of dryness. It is especially suitable to use sterile ocean water spray in the nose for the first 2 weeks. It is useful to use high pressure Sinomarin ENT Spray and Sinus Rinse to remove the crust after the second week. 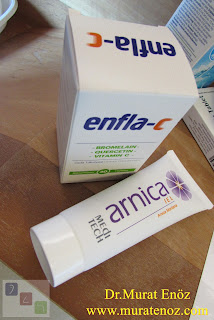 In open nose aesthetic surgery, it is suitable to apply antibiotic pomade to the incision area at the tip of the nose for the first week. If osteotomy for the nasal bone is performed from outside the nose, it is useful to avoid sun contact with these areas and use sunscreen with high protection factor when going out after the first week.

The use of these vitamins and different herbal products is not a standard practice in order to use vitamin C and vitamin K pills and reduce postoperative bruises before nasal aesthetic surgery. Many of the patients who use it express a positive opinion on these drugs and express that they are effective.

Before and after photos for nose job in İstanbul, Turkey

You can find before and after photos for "rhinoplasty, tip plasty, nasal hump removal, lifting the nasal tip" , possible cost of these surgeries at >>


Rhinoplasty in women in İstanbul, Turkey