We performed a revision ethnic rhinoplasty operation using rib cartilage on the patient who had previously undergone aesthetic nose surgery twice in a different clinic. Really thick skin features, altered anatomy, presence of dense healing tissue under the skin and lack of sufficient cartilage were the reasons for the difficult operation. Apart from these, the ability to understand the details only during the surgery (such as opening the surprise box) and the effort to reshape the nose in the face of unexpected details and anatomical changes make the process unique. This patient had a drooping columella, pollybeak deformity, drooping nasal tip, and asymmetrical nasal dorsum. As can be seen in the videos and photographs showing before and after, the upward movement of the columella, tissue reduction from the supratip area, the re-support of the nasal wings with cartilage gerphs, and a small reduction of the nostrils (alar base resection) were performed.
Since the tip of the nose is swollen (edematous), it looks a little bigger in the postoperative images. The longer the procedure takes, the more procedures (the more tissue trauma is), the greater the amount of edema that may occur.
During the ethnic revision rhinoplasty operation performed here, the existing cartilage tissue was preserved as much as possible and the nasal cartilage support was restructured. With such a thick skin and heavy nose tip, if the nasal cartilages are extremely weakened or thinned, sagging at the tip of the nose and collapse in the nose wings may occur after surgery. You can click the links below to get more information about thick skinned nose aesthetics. 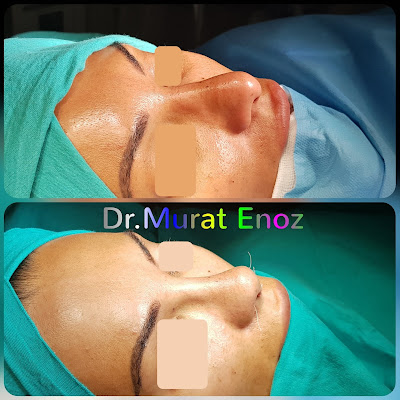 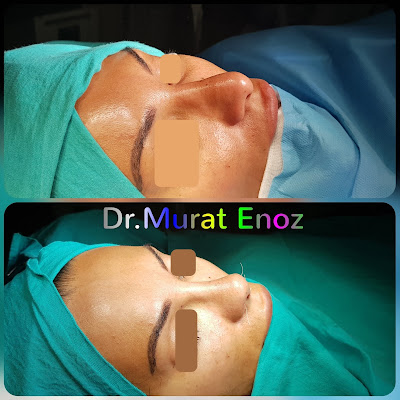 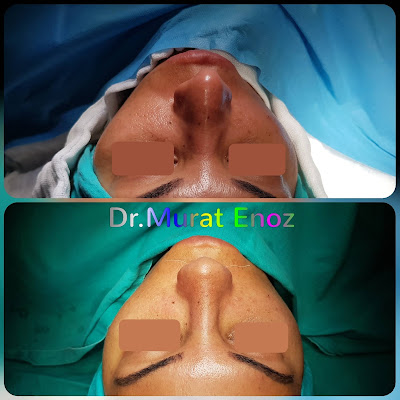 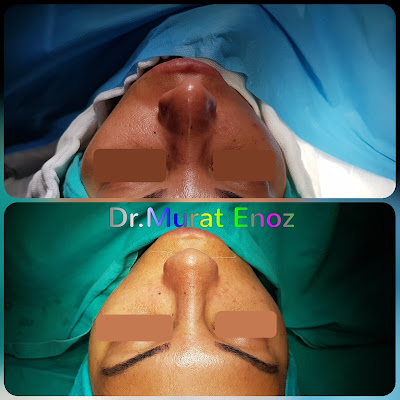 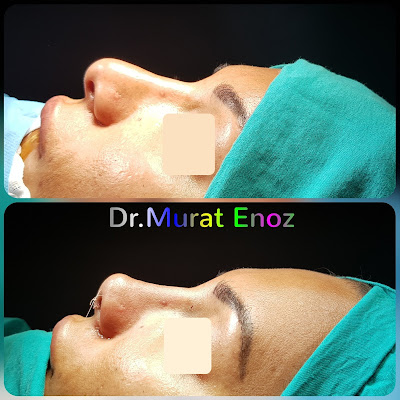 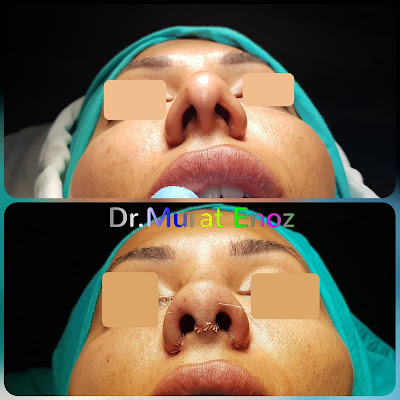 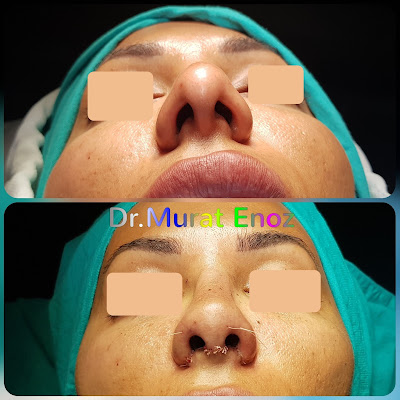 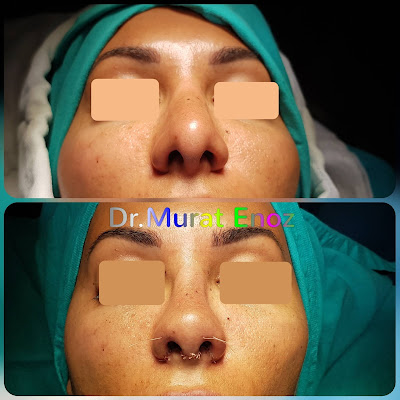