The nose is the most striking structure in the middle part of our face and divides our face into two. It has important tasks such as smell, heating, cleaning and humidifying the air we breathe. Nasal septum deviation, disrupting these functions of the nose, growth in natural nasal flesh called turbinate (turbinate hypertrophy), intranasal flesh called polyps, and nasal cavity tumors may disrupt nasal functions. Rhinoplasty (nose aesthetics), which only corrects the external appearance of the nose, and nasal septum deviation is called septorhinoplasty.

Rhinoplasty is one of the most preferred procedures among aesthetic surgeries. The nose is a very complex and multifunctional organ. It is a basic rule for rhinoplasitis to choose the anatomy and physiology of the nose airway, the causes of obstruction, correct evaluation and appropriate treatment.

The purpose of the nose aesthetic surgery is to make a nose suitable for the profile and proportions of the face. Depending on the preference of the person, the structure of the nasal tip, arch, root or nostrils is corrected and breathing problems, if any, are eliminated. Rhinoplasty is one of the most preferred procedures among aesthetic surgeries. The nose is a very complex and multifunctional organ. It is a basic rule for rhinoplasitis to choose the anatomy and physiology of the nose airway, the causes of obstruction, correct evaluation and appropriate treatment.

The purpose of the nose aesthetic surgery is to make a nose suitable for the profile and proportions of the face. Depending on the preference of the person, the structure of the nasal tip, arch, root or nostrils is corrected and breathing problems, if any, are eliminated.

The most likely patient to be the happiest after the surgery is the one who wants to have a nose that suits and breathes!

Asking the patient to have a nose according to the proportions on the postoperative face will increase the motivation and courage of the surgeon. Patients who want to undergo surgery by imagining an unrealistic and very serious face change may experience serious disappointments. The purpose of the surgery should be "to have a functional nose that fits your face and breathes". As the result of every surgical intervention is not certain, any applications that the patient wants and that can take the nose out of naturalness may lead to permanent and irrecoverable problems.


What is functional nose surgery?


The importance of the nose being compatible with the general facial features, the position of the person to change the expression and the cosmetic meaning loaded on this organ increases the importance of nose aesthetic surgeries. Although the nose surgery is the first aesthetic surgery that comes to mind, nose surgery that improves the quality of life of people by improving their nose functions is as common as aesthetic nose surgery.
Although there are some basic differences between functional and cosmetic surgery; in fact, it can be said that the difference between them is quite blurry. After a successful rhinoplasty or a successful rhinoplasty or septorhinoplasty, both the appearance of the patients changes and the nasal septum problems are resolved and the patient is able to breathe easily.

To define functional nasal surgery separately from cosmetic surgery; no change in the appearance of the nose during functional rhinoplasty; cartilage and bone curvatures that cause breathing problems in the nose are eliminated.

The goal is not to only create an aesthetically natural and beautiful nose; but also to ensure that patients can breathe in a healthy way. Septoplasty for people with septum deviation; functional nose surgery class.

Correction of the impaired functions of the nose 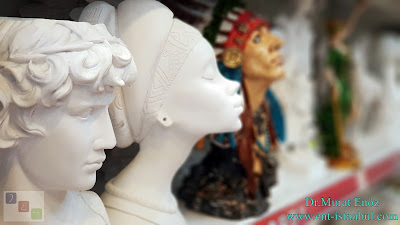 Why is functional nasal aesthetics important?


Nose aesthetic surgery is not an organ transplant surgery such as removing the nose of a patient and attaching it to the patient. It is tailor-made, like a tailor's jacket. The success rate that a tailor can obtain from the dress to be sewn depends on the quality of the fabric and material given to him, and the success rate achieved in aesthetic nose surgeries is directly related to the quality of the patient's nose tissues. Thick or thin skin of the nose, hard or soft nasal cartilage, folds on the cartilage and bone, asymmetry of the face and the healing of the patient's body tissues are the factors that can affect the outcome of the surgery.

Our goal as an otorhinolaryngologist is to create a natural-looking nose and not to draw attention to the eyes from other structures of the face.


The nose affects the physical activities of the person, especially the respiratory function and the sense of smell. For a healthy sleep, efficient use of oxygen and an effective circulatory system, nasal aesthetics should be performed carefully. It is very important to breathe the same quality through both nostrils. Regular and balanced breathing makes one feel healthier. In the nose esthetics; In order to perform healthy breathing function which is effective in memory, brain functions and balance, nose structure needs to be functional.

Functional nasal aesthetics, as well as the external appearance of the nose, perhaps much more important is the restoration or maintenance of functions such as breathing and smell. Nasal septum curvature of the nasal middle division, the lower and middle turbinate growth, also known as nasal flesh, polyps and nasal flesh are the most common causes of nasal obstruction. When these functional problems are neglected when performing nasal aesthetic surgical procedures, patient satisfaction will not occur. In cases where the curvature of the middle section of the nose and the curvature of the nose axis are combined; nasal valve pathologies called nasal wings problems and again make it difficult to breathe is a method that should be applied in cases where the nose tip is low. Although the patient does not have nasal turbinate hypertrophy or septum deviation as a result of ignoring nasal valve pathologies, nasal obstruction may be experienced after aesthetic surgery and revision surgeries may be needed.

Increasing these functions of the nose will also increase our two senses, which will help the lung to taste life. The first is the smell, the second is flavor. Functional works should always be performed in nose surgeries that will increase the breath and help improve the smell.


Sometimes patients only want to have plastic surgery to change the shape of their noses. Sometimes breathing problems lead them to try a functional nasal surgery solution.


Sometimes people with respiratory problems also want to change the shape of their noses. People who want to increase the functionality of their noses but also improve their shape prefer functional nasal aesthetic operations.

The fact that the nose is the first remarkable organ on the face, and that it contains the power to change the facial expression and shape the first impression about people, also increases the importance of these surgeries. People planning to have functional nasal aesthetic surgery should have realistic expectations about this operation. First of all, we want to underline that you should not come with the demand for perfect nose.

Because there is not a uniform nose shape that is suitable for everyone. Moreover, it should not be denied that the reactions of the skin structures of the individuals to the operations performed may be different. What should be done; the most appropriate to the person, to adapt to the facial expression and the face will be proportionate to the effort to obtain a nose. Surgical operations that are reversed to anatomy are likely to cause serious long-term complications.


Functional nose surgeries are performed to ensure healthy breathing. Curvatures of the bones and cartilages in the nasal septum, nasal and nasal tumors, and polyps prevent adequate airflow through both nostrils. If it is necessary to examine the benefits of functional nasal surgery in detail, patients after these operations;

Functional rhinoplasty can be done to whom?


In order to perform functional nasal esthetic surgeries, patients should have obstacles that make it difficult to breathe in the nasal septum and at the same time patients will want to change their nose shape. It should be kept in mind that, albeit rarely, the shape of the nose may also change by resolving the problems in the nasal septum.

Why is functional nasal aesthetics most preferred? 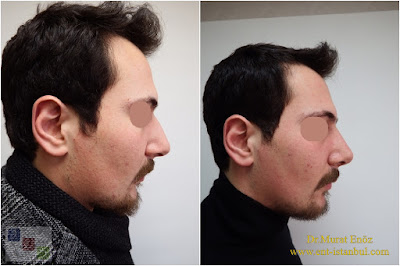 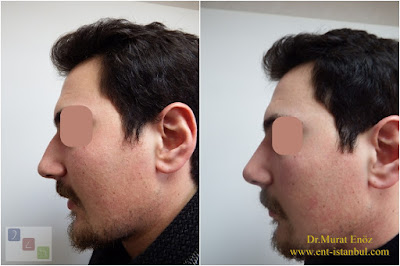 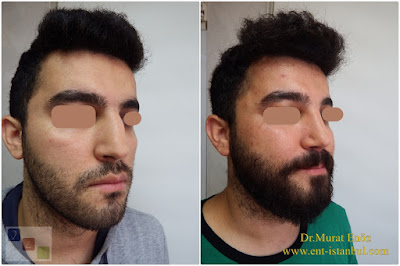 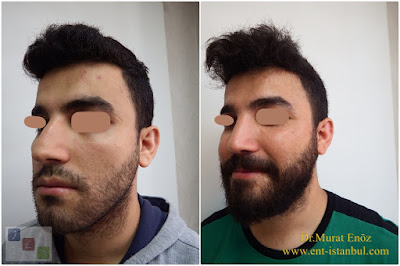