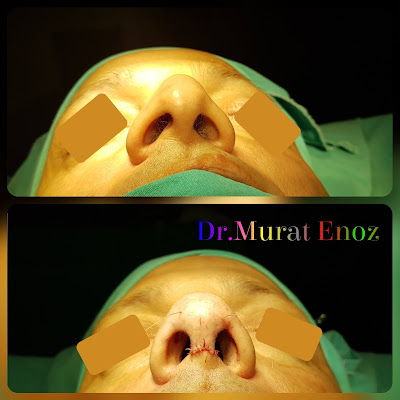 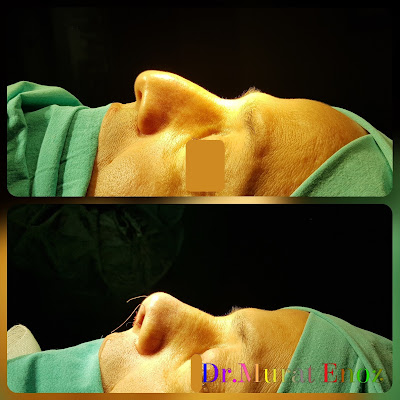 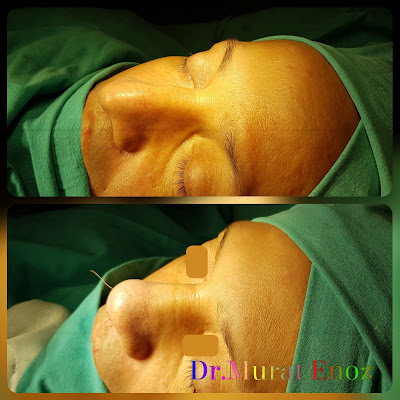 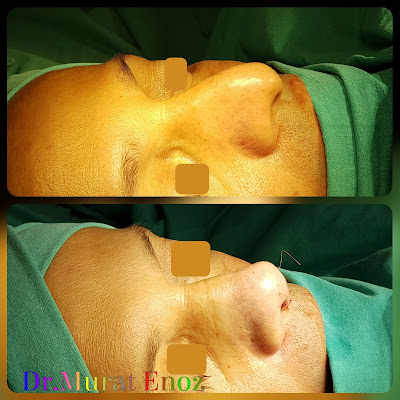 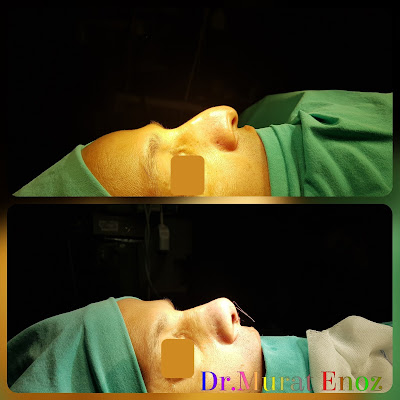 
How does the nose drop after the septum deviation surgery (septoplasty)?

Especially in patients with deviations at the bottom and front of the caudal septum deviation or nasal septum, cartilage grafts may need to be placed at the tip of the nose in order to restore the nasal support when areas of the septum deviation in this section are removed. Patients who had undergone closed deviation surgery due to caudal septum deviation and who had a downward turn at the end of the nasal tip as a result of the removal of the curved septum section alone during surgery were also diagnosed as having a nose drop and small frontal septum perforation as a result of the examination of the whistle during breathing. We performed open technique nose surgery for treatment and simultaneous septum perforation surgery. Similar links and videos that I have already published about the subject >> How Can Nose Tip Drooping Appear After Septoplasty?

Nasal septum perforation can be repaired with closed technique in open field. In very large holes, the chances of success with a single operation are low. The placement of the hole in the Septum can be chosen according to the size of the technique.

The perforation in the nose of our patient, which is visible in the photograph, was closed using a cartilage graft obtained from the nasal cartilages and septum during open technique nasal surgery. It is seen before and 20 days after the photos below. In the area of the closed hole, white cartilage and healing mucosal area are seen.