Prior to the use of rhinoplasty surgery dangerous drugs 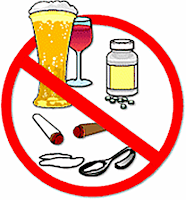 Before nasal surgery, medicines and herbal products that have an effect on wound healing, bleeding clotting or that can affect the metabolism of anesthetic drugs should not be used. Aspirin is recommended to be cut at least 10 days before surgery. You can find a list of the drugs and products that can be used before the surgery of nasal aesthetic surgery >> Dangerous drugs that should not be used before the rhinoplasty operation

Pre-operative and post-operative cigarette smoking can cause adverse effects of healing, as well as side effects such as infection and tissue edema. This is why smoking cessation is useful. Similarly, alcoholic beverages may increase the risk of tissue edema and bleeding. For this reason, it is recommended not to smoke before the nose surgery and especially after the operation for the first 2 weeks.


Before and after nose job surgery may be related to edema, ceses, and what we eat, as well as many things we use, such as medications we use, hormone replacement therapy, pregnancy, congestive heart failure or kidney failure. The main reason is excessive salt intake in the body with nutrients. Regardless of the cause, edema is a condition that occurs when excess water begins to infiltrate the tissue through the vein.

Pre-operative haemorrhage increases the risk, so the garlic should be cut. Consumption of gas-forming foods such as mixed herbal teas, broccoli, and legumes should be reduced, especially foods such as mineral water, pickles, olives and cheeses that are high in sodium should be avoided in order to reduce and protect the formation of edema. Among the examples of food and additives that lead to bleeding disorders, onions, spices from cumin and chinese food should not be consumed before nose surgery.

Email ThisBlogThis!Share to TwitterShare to FacebookShare to Pinterest
Etiketler: Prior to the use of rhinoplasty surgery dangerous drugs, The foods that should not be eaten before the operation of nasal aesthetics
Yer: İncirli Cad. Dilek Pastanesi Üstü, Kat:4, No:41, Zuhuratbaba Mahallesi, 34147 Bakırköy/İstanbul, Türkiye
Older Posts Home
Subscribe to: Posts (Atom)