Nose tip surgery (or nose tip plasty operation) is the operations performed to change the nose tip for aestehic or functional reasons without breaking or changing the bone structure. The nasal aesthetic is applied to the person with a well-formed bone structure but deformed at the tip of the nose.

Nose tip surgery shows a much faster recovery process than the classical nose aesthetic surgery applied to a fully troubled nasal cavity. Peripheral aesthetic swelling, bruise is less experienced. Hemorrhage and edema are almost as little to be expected for a complete aesthetic surgery. It will not be painful because there is no bone fracture in the nasal aesthetic. The livelihood is also very small. Your doctor will write the necessary prescription for this.

You will be discharged on the same day as the nasal operation.

Who can get nose tip aesthetics? 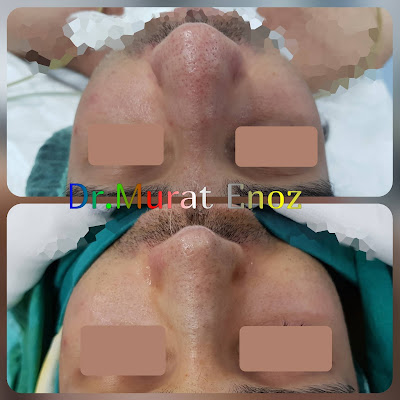 The person demanding to do nose tip aesthetics should be psychologically healthy and complete anatomically. The completion of bone development varies according to the person, but is completed between the ages of 18 on average. In some emergency situations, this age limit can be taken earlier, for example in congenital or post-traumatic anomalies.

As nose tip surgery is a simple procedure, no special restrictions are required, except for sports that are at risk of collision / collision and sunbathing for the first few months. Slight discomfort may be felt for 24 hours after surgery. The tapes on the nose are removed 5-7 days after the operation, and after the 3rd week the approximate shape of the nose begins to appear. General results can be seen in about three months. 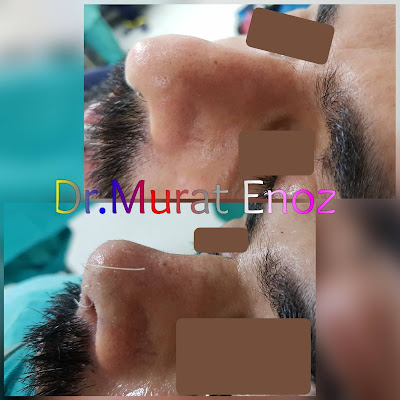 It is seen before and after the patient that the nose type plasty operation was performed in the above video and the following photographs. Previously published links you can find technical details and different information >>